THE RESULTS ARE IN! Check out the announcement in chat for the full list of winners! 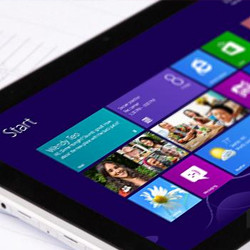 Let App Builder and Apptivate 2.0 help you port your iOS or Android app to Windows 8! Submit your app and get feedback from your fellow developers. Review others' apps and ask and answer questions on Stack Overflow. Unlock achievements for participating and win prizes for the best apps and the most helpful reviewers.

Please be sure to also read the App submission guidelines

Develop the Windows 8 version of your existing app for your chance at the Grand Prize: a trip to Microsoft's sold-out Build Conference in San Francisco, June 26-28! Runners up will win a Surface Pro, or a one-year subscription for Microsoft Office 365.

You don't have to port an app to win. Vote for apps, leave feedback, ask and answer questions on Stack Overflow, and you'll be eligible for prizes including a Surface Pro, an Office 365 subscription, or an Apptivate t-shirt.

To get started, register for the App Builder 'Port Your App' track. Make sure to save your confirmation email for proof of eligibility if you win!

At the end of the contest, a panel of Microsoft and Stack Exchange judges will select two Grand Prize Apps from among the top-voted apps. The Grand Prize winners will receive a trip to San Francisco for Microsoft's Build Conference, including accomodations and an airfare voucher.

Five second- and third-place winners will be chosen by vote, one from each App Group*.

*See Submission Guidelines for details on Groups and Categories, and check out the Contest Rules below for how voting and selection of winners works. For necessary downloads and tips on getting started, check out the Resources page.

Not developing an app? You can still help by giving feedback on apps, asking and answering Windows 8-related questions on Stack Overflow, and participating in the Windows 8 Developer Chat.

Each achievement you unlock gives you a chance to win in the drawing for that level:

Many of these achievements correspond to a badge on Stack Overflow, and each achievement can be earned more than once. You may earn up to 30 entries in the Sweepstakes (10 in each drawing - Bronze, Silver, and Gold).

All posts must be tagged microsoft-metro or windows-8 and not closed or deleted at the end of the contest. All chat must occur in the Windows 8 Developer Chat. See the rules for full details.

*Note that you must include the url your app receives in the Windows Store with your final submission in order to be eligible for prizes (by June 7th). While submitting to the Store is not considered a separate phase, consider the time it takes for your app to be accepted to the Store when planning.

Your app must be accepted and listed in the Windows Store by June 7th, 2013 to be included in the Contest Winner Selection.

Microsoft recommends allowing 3 days for Store registration to be processed, and 10 days for app certification and publication. Registering for the Windows Store can be done any time (you don’t need to have your app built in order to register), so we recommend doing this early. Submitting your app to have it certified and published must be done once your app is finished.

Reviewers can gain entries into the Sweepstakes until June 7th, 2013.

Detailed rules for this contest

NO PURCHASE NECESSARY. A PURCHASE OR PAYMENT OF ANY KIND WILL NOT INCREASE YOUR CHANCES OF WINNING.