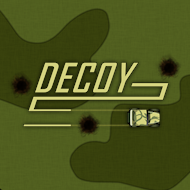 This app was a candidate in the Apptivate.MS semi-finals. See how it did among the other candidates in the Games group.

DECOY is an action-filled top view game where the players get to take on the role of a professional Decoy. By controlling a ground vehicle, their job will be to enter enemy bases and distract the enemy while an infiltration-team is searching for information. With no means to defend themselves, the players must learn how to control their vehicle in order to avoid the enemy and survive.

The STORY is led by "the commander", quite and odd character, who will teach the player how to best do their job and also take them on a journey of crazy missions. The job is very secretive and extremely classified, but as the missions get more intense, it's obvious there's more going on than even the commander was aware of. Soon the situation takes an unexpected turn and the player will find their job as Decoy to be more important than ever imagined.

The game lets the player start out easy, giving them some time to warm up and find their own techniques. As the story progresses and their skills improve, the real action begins. The players will get to experience new environments, faster vehicles and even tougher enemies. Suddenly they will find themselves fighting against time, sliding on slippery roads, avoiding magnetic mines, fast bomb planes, tanks and EMP-dropping choppers. The players are most likely to impress themselves as the missions get harder and the adrenaline pumping adventure continues.

Decoy also has an SCORE MODE, infinite play with different levels of difficulty. A fun way for the player to challenge themselves and see how long they can survive the increasing attacks of the enemy. The infinite mode also provides with GLOBAL HIGHSCORE where the player will find different lists, such as best highscores of all times, best weekly and the closest rivals.

Infinite mode also has CHALLENGES. By adding friends to their personal friend list, the player will be able to send them challenges and find out who's the best Decoy.

Decoy for windows 8 has different sets of controls depending on whether you use mouse or touch. There are also different touch controls to suit different sizes of devices. 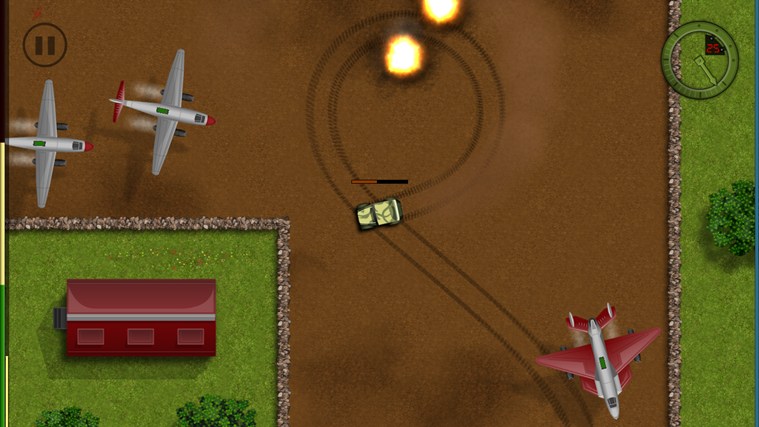 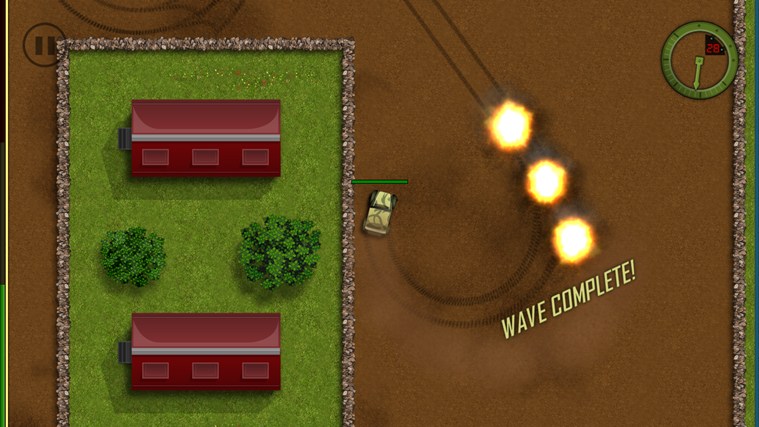 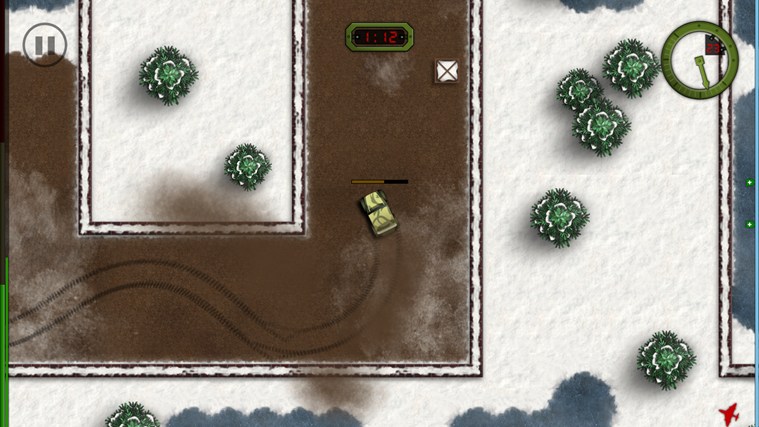 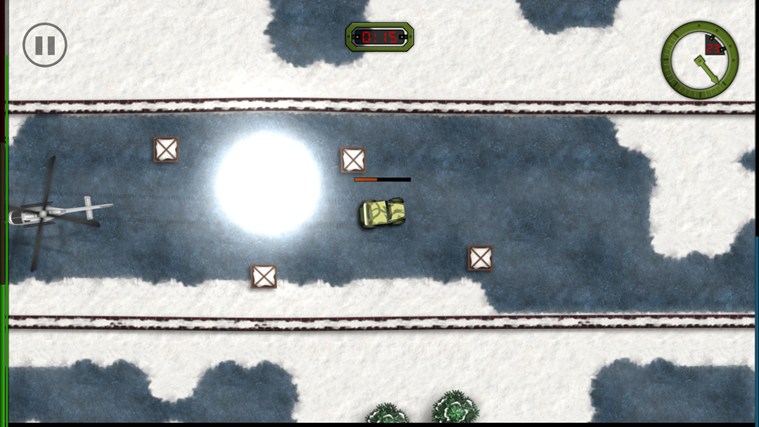 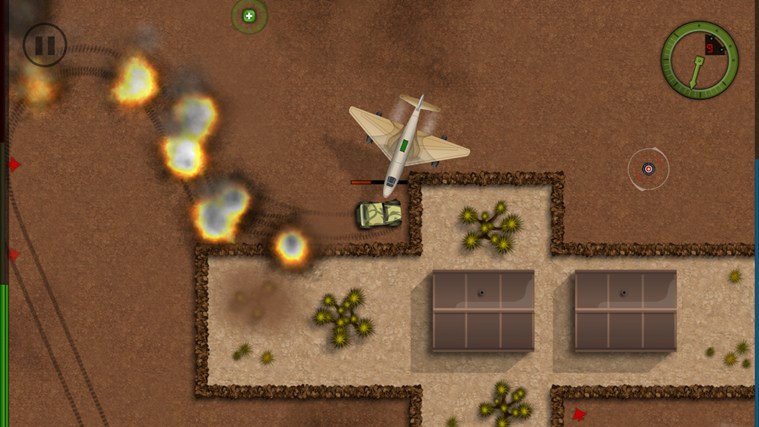 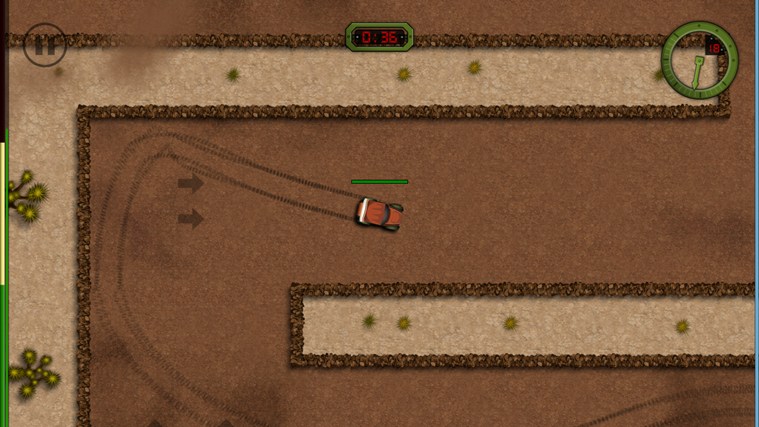 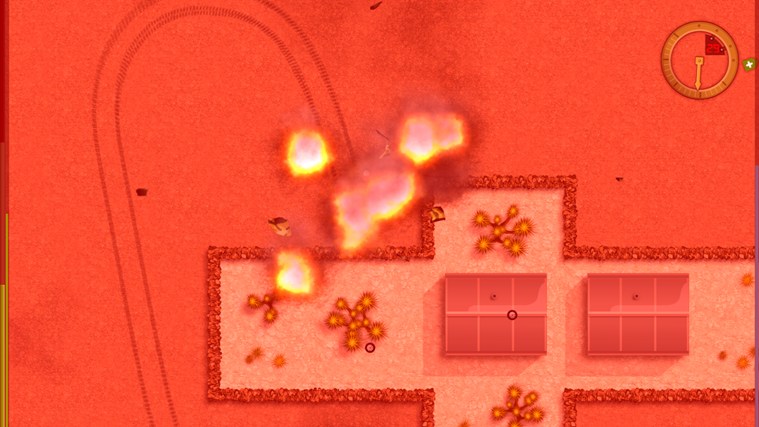 RobCurr Dec 18 '12 at 4:39
Hah... didn't even notice that this is the same as their other game Avoider that they released on xbox a year and a half ago: marketplace.xbox.com/en-US/Product/Avoider/…. I'm sure alot of other apps would look this nice if they had more than 2 years of development time. Good job on the port.

Mexond Dec 18 '12 at 12:09
Decoy is a spin-off from an earlier game called Avoider, a small one-week Xbox experiment in 2011. We always liked the concept and a few months ago, we decided to pick up the old idea and make something NEW. Decoy has story, missions, plane variation, vehicle selection, multiple environments, new sounds/car behavior/plane behavior, everything. Avoider was mainly an inspiration to this game. The only thing they have in common is a few tiles in the first environment and the concept of avoiding planes, everything else is brand new. If you were to try both games you’d surely not call this a port.

RobCurr Dec 18 '12 at 14:22
No big deal. I just found the irony of the name is amusing considering how that project is kind of buried on your website. The only reason I found it was that I was impressed at how you could have created such a polished game in such a relatively short time so I was curious what other things you had done. I'm sure it wasn't a direct port but you have to admit once the game engine/mechanics is established it is a much easier task to add new content and wrap a story around it. Regardless it does look like a fun game.

Mexond Dec 18 '12 at 15:44
Can’t say I agree with you. Avoider took less than a week to create and was such a mess, and so different, that we had to start from scratch even when prototyping. We most likely lost more time than gained while arguing if the car/plane physics in Avoiders were more fun. :) Not that it really matters, but as I mentioned, the only things we reused in Decoy was the basic idea and a few tiles. Enough to make someone confused when looking at the prints/logo, but not more than that. However, knowing the facts, I’m really glad to have impressed you. :)

Salchi13 Dec 18 '12 at 23:09
Well, the sprites and even the logo are the same for both games, Even though the game is really good, I don't think it should be eligible for the prizes. Anyway, we should let the organizers judge the situation. Does Abby T. Miller know about it?

Mexond Dec 19 '12 at 1:59
Rules say: “The Submission cannot have been submitted previously in a promotion of any kind or exhibited or displayed publicly through any means. The Submission must not contain images or artwork not created by entrant”. This game has not been promoted or released prior to this contest. All the artwork is created solely by me. Nowhere does it say that the original concept or its images had to be made specifically for this contest. I fail to see why I wouldn’t be allowed to use some of my previous artwork, as long as this game/submission is completely new. I truly hope organizers agree with me.

Software Developer Dec 19 '12 at 2:14
I think you are ok on this one Mexond, direct ports were allowed, you just can't have been promoting or displaying your Windows 8 version of it publicly prior to the contest like Draw an Epic Stickman for example: fast.wistia.com/embed/iframe/… Wordroom is a port from Windows Phone I think that's ok too by the rules. windowsphone.com/en-us/store/app/wordroom/… Congrats.

RobCurr Dec 19 '12 at 6:22
Sorry, I wasnt questioning if Mexond should be in the contest or not. Its a good game and ports or partial ports are definitely not excluded from the competition. I was just amused and I probably should have just kept it to myself.

Mexond Dec 16 '12 at 14:46
Just realised that I forgot to mention Live Tiles in the description. For those who'd like to know, Decoy uses Live Tiles and notifications to inform the player of any updates regarding challenges. :)

AnkMannen Dec 13 '12 at 19:16
Good work! Enjoyed it alot and I love the graphics. Did you create the artwork or purchase it from somewhere?

RobCurr Dec 19 '12 at 15:26
Typo is still in the live game btw. Oh yeah and I noticed your credits stutter when scrolling up and if you have to repeat the 1st training exercise there is a second vehicle that appears overtop. Finally there was a glitch when returning from the achievements that did a weird refresh... only happened the first time though. This was on an ASUS i5 tablet.

Mexond Dec 19 '12 at 17:31
Thanks for the feedback. The typo will be corrected in the next update. The overlapping car is sort of on purpose, but I agree that it might be a bit confusing. Will have a look at it! :)