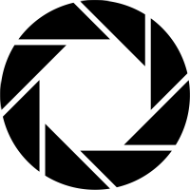 Lab Rat is a comic that tells the story between the amazingly great games from Valve, Portal & Portal 2. Valve created this comic to tell how they connect. I love Portal & the comics so much I just had to have a fantastic way to share and show off those comics no matter where I go - so I created this simple app.

The application includes the English, Russian & text free versions of the comics in amazingly high resolution and the full screen experience & touch capabilities really show off the Microsoft Design Style.

For Developers: This is a really simple application, load the images that ship as content in the application and display with a flipview (full screen) or listview (snapped). The application is built using XAML & C# and implements MVVM using the AtomicMVVM framework.

The really tough bits involved were not the code but getting all the content right, some notes on that: 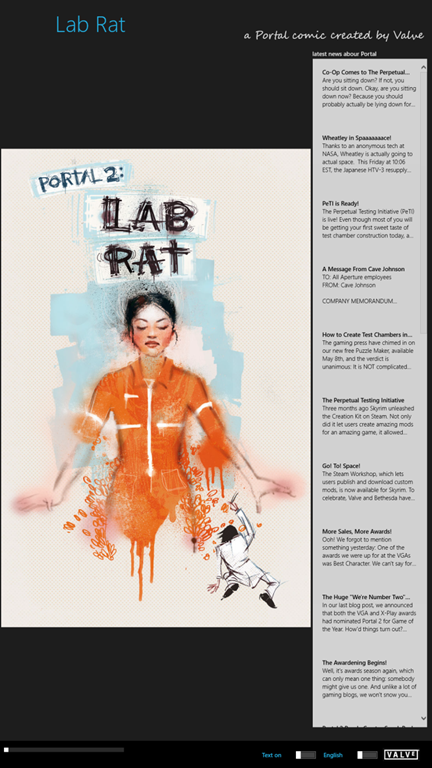 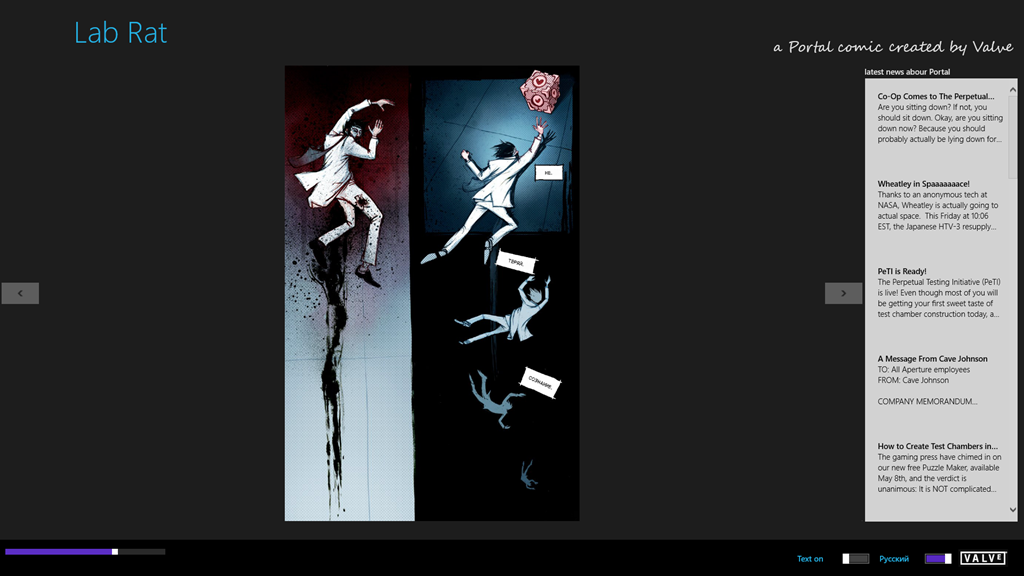 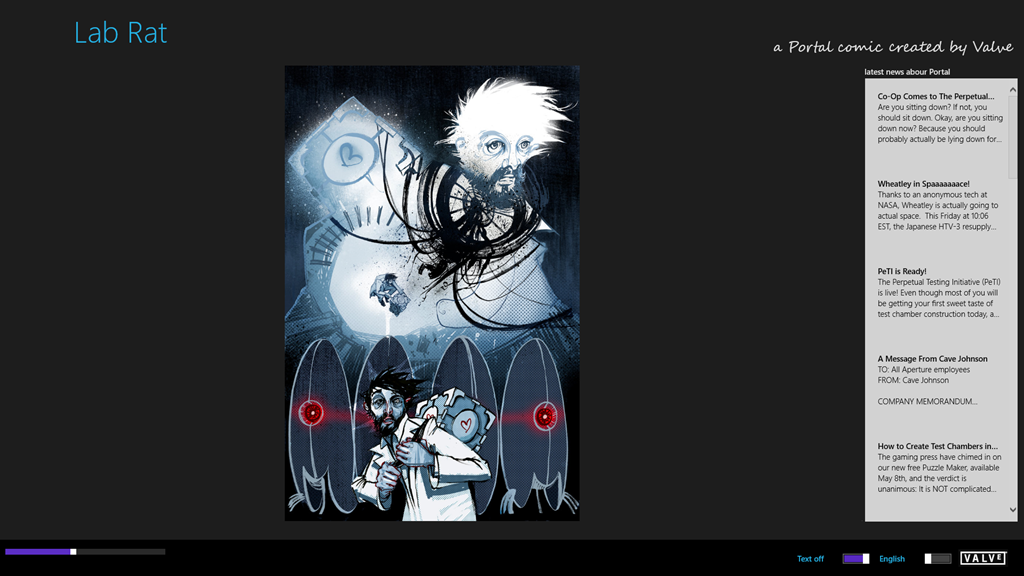 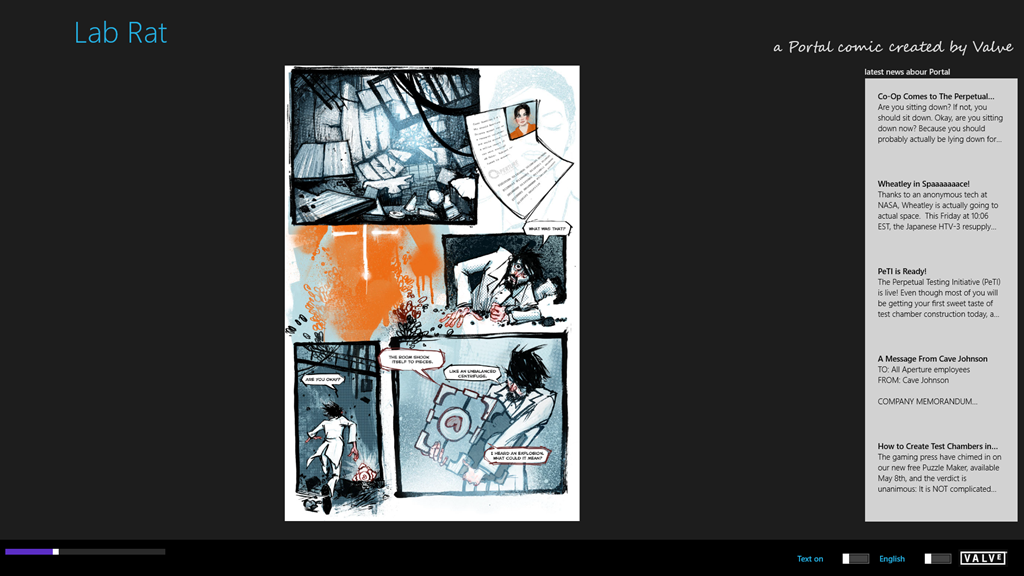 1
Mamta Dalal 20 hours ago
Ok, seems like the same person who developed Bing My Lockscreen has developed this one too. Both are looking good so far. I need to explore them more. Kudos for the innovative concepts!