English to Afrikaans to English 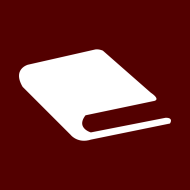 This app is a candidate in the Apptivate.MS semi-finals.

South Africa, the amazing country I live in, has 11 official languages including the language of Afrikaans which I can muddle my way through speaking. However often I struggle and that inspired me to create an app to help with a phrase book that helps you translate English to Afrikaans & back again!

As with my other apps this is a C# & XAML app and uses MVVM (implemented with AtomicMVVM). There were two big issues I had with this, one what the UI should be & two how the data will be stored.

The UI took three rounds of prototype's to get to this point and it really it helped to build small stub tests. The original UI idea was to list all the phrases out, similar to my postal code app. However at almost 30000 entries the grid view (with each item having a list view in it) was SLOW to the point of being useless. Once I settled on splitting by first letter I needed to figure out how to use the space on landing better which lead to recent & random!

The data was another issue, it is stored in SQLite and I had a console app that took it from my master source (which was two different DB's) and then combined them into a single SQLite DB. At the same time it needed to add metadata, indexes and normalised the data. In Afrikaans for instance there is "'n" which is similar to how we use "a" in a sentence - so that need to be put under N even though it starts with '. Having a console app that I could use to manipulate the data quickly let me really get the data good for the app.

The icon is from the always awesome Metro Studio 2. 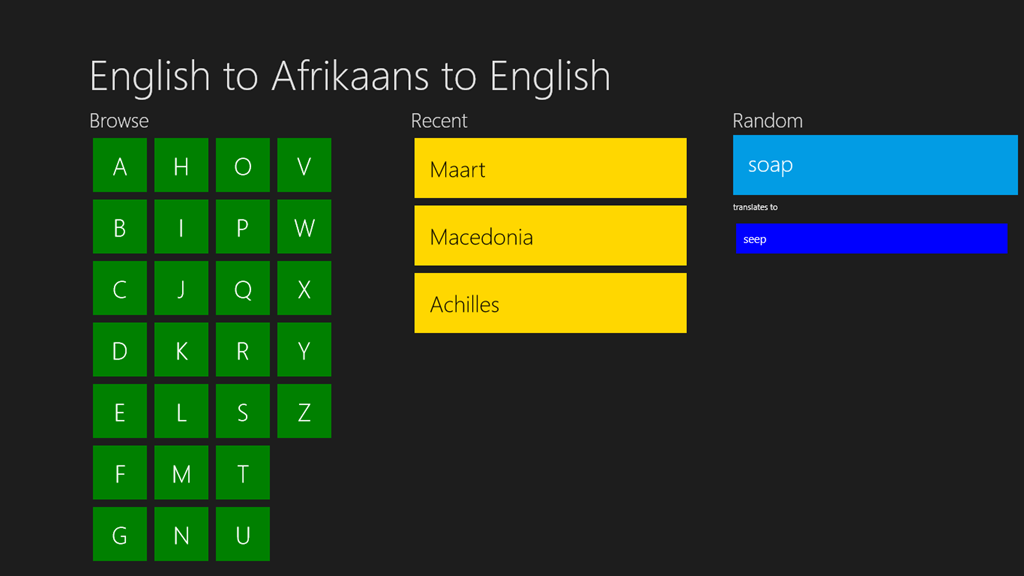 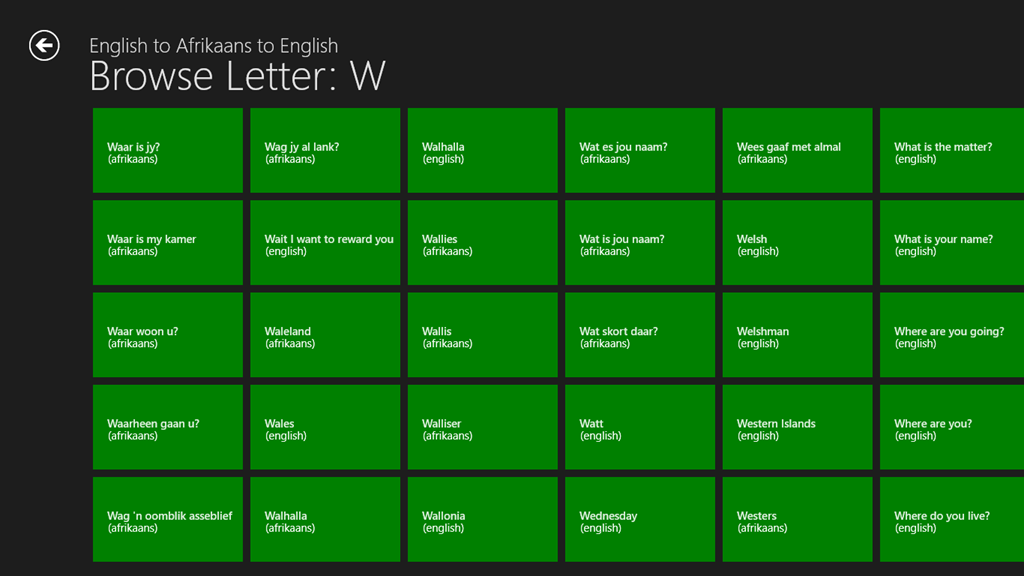 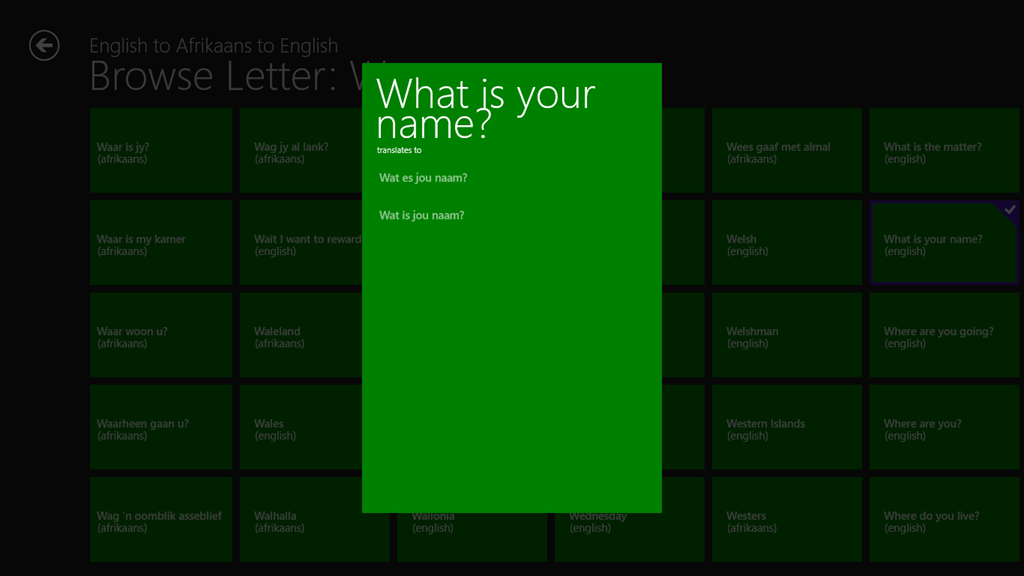 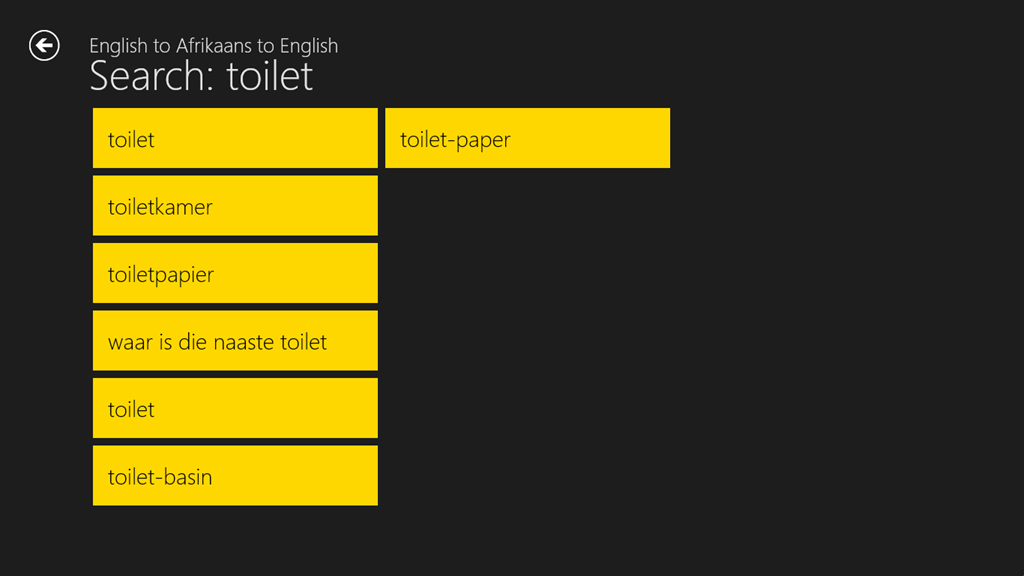 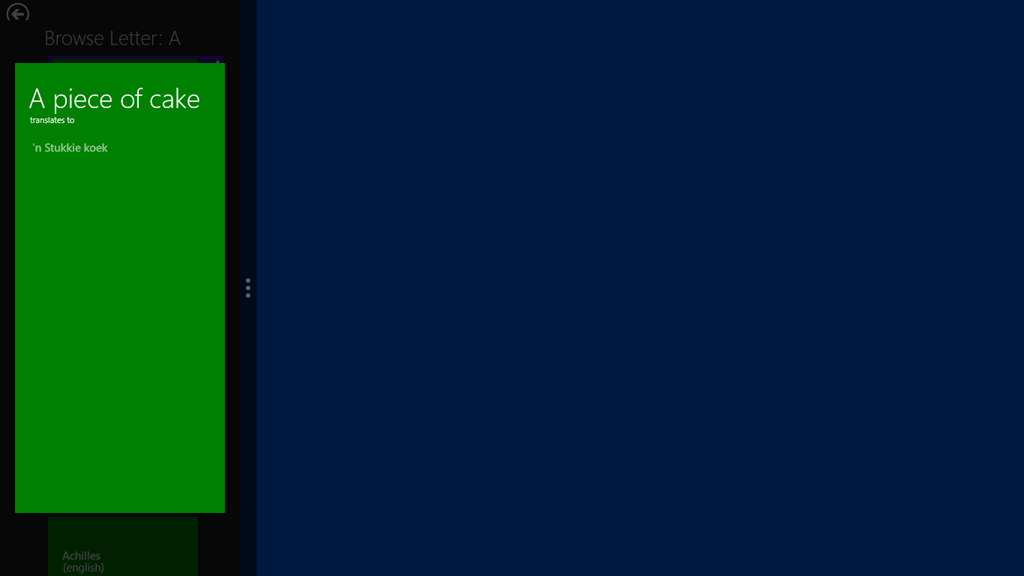